Yes, it’s 2016 and we’re ready. Well almost.  Registration for the camp is going gangbusters and has two Family Camps this year. Likewise volunteers are signing up for their favorite sessions. FOHI has some new board members.  And, the camp celebrates its 80th anniversary, while FOHI in its current incarnation completed five successful years and kept its promises. Who would have thought way back in 2010 that 2016 would be a year of celebration!

Once again, Steve Kress and his indefatigable team of camp directors have put together another knock-it-out-of-the-park season. Four sessions already have waiting lists, but there is room in other sessions. 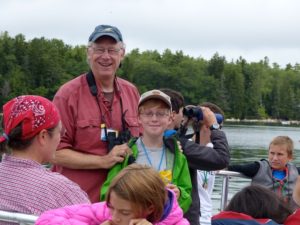 Whatever you choose, you’ll have the experience of a lifetime. Cannot afford to attend? Then apply for a scholarship – deadline is January 15, 2016. Or, register soon and get the SNOWBIRD discount of $25.

It is worth checking out the line-up of instructors as well. You’ll be surprised at the breadth and depth of knowledge represented – all waiting for you to absorb and share with others when you return home!

FOHI has been fortunate to have a wellspring of loyal supporters since it received its 501(c)3 nonprofit status  in March 2011, retroactive to October 2010, when the application was filed. 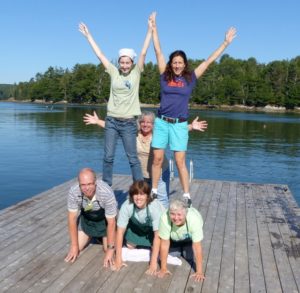 They have remained resolute in their commitment to making the Hog Island Audubon Camp sustainable through financial and volunteer support. FOHI  in its current incarnation celebrates five years of keeping its promises, without fail. When you have a seeming unattainable climb to achieve, it serves to look back and see how far you have come;  you’ll be surprised; the summit is attainable!

Welcome Our New Board Members

Our new board members have graciously agreed to help us continue the climb. Nancy Dickinson, formerly at Cornell Lab of Ornithology  now dedicates her time volunteering at FOHI and Hog Island.  Charles Duncan is currently an instructor at Hog Island and shorebird expert with experience in conservation nonprofits. Anthony La Creta takes over as FOHI’s treasurer and has wide financial experience. Loree Niola, a former emergency services volunteer among other things is now a dedicated volunteer at Hog Island with many valuable skills.

With hellos, are goodbyes. Gaye Phillips, our outgoing Treasurer, has been a long-time supporter of the Hog Island Audubon Camp and retains a lot of historic knowledge. She signed up for the maiden voyage of the new FOHI and set up our finances and data keeping 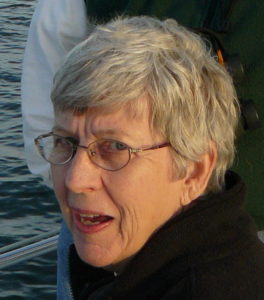 She had  no idea whether we would sink or have fair winds. She only knew that she, too, shared and believed in FOHI’s mission to make the camp financially sustainable.

Her experience as an auditor was a perfect match. She has been one of the building blocks and we thank her for all her many late nights working on FOHI’s monthly statements. Thank you, Gaye. We couldn’t have done it without your dedication and perseverance. FOHI is an all-volunteer organization!

FOHI volunteers rock! Our volunteer team gets stronger and stronger each season, with many coming back for multiple weeks. We’ve also been lucky to have a number of new volunteers who have likewise been infused with Hog Island’s magic and will be back. Join the team that contributes to the ongoing success of the camp. Don’t wait. Sign-up. We laugh and work.